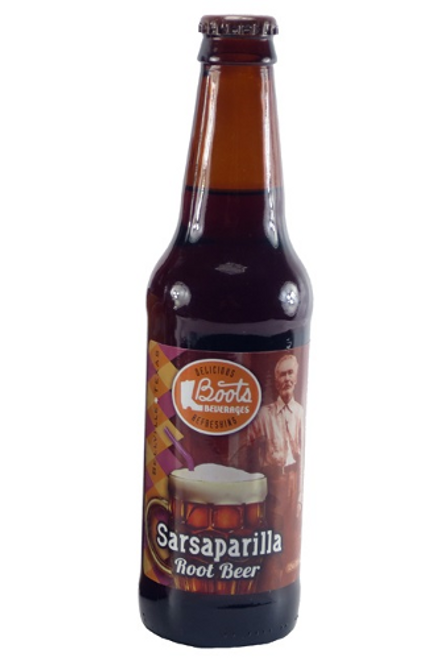 Boots Beverages Sarsaparilla Root Beer is like no other.  Crafted with real Sarsaparilla root, it has an earthier tone with a creamy finish. Pairs well with a big scoop of vanilla ice cream! 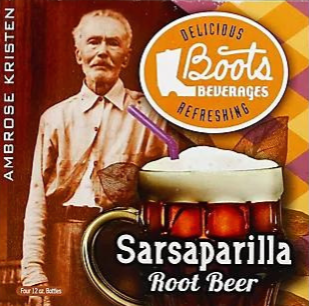 Ambrose voyaged from Germany to Galveston, TX in the early 1880’s. His father lost his life en route, leaving this 16 year old to establish the family foothold. Ambrose set up show near Industry, TX, where he helped settlers on their journey to the Texas Hill Country. In 1930, Ambrose purchased Bellville Bottling Works. The honor of his courageous vision is Boots Beverages legacy.

About Boots Beverages
The Bryan, Texas-based company was started by Boots Kristen. Boots Beverages originally began as Kristen Distributing, and has been around since 1930, offering deliciously sweet beverages for three generations. In fact, you’ll find a different Kristen relative on the label for each flavor of Boots soda with a brief description highlighting a family memory.