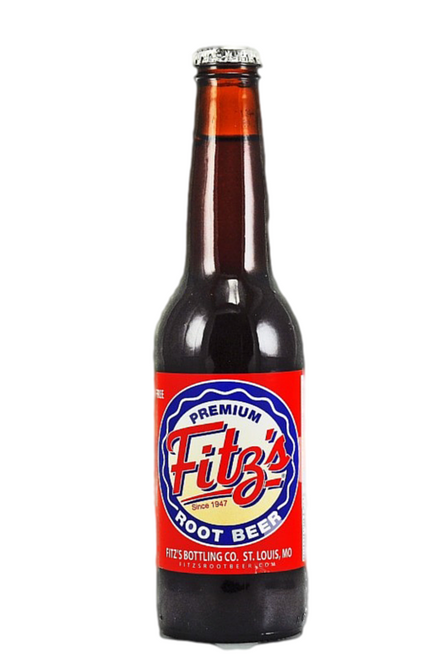 A small hamburger joint may seem like an unusual place for a root beer legend to be born. But that's exactly where it started in 1947. Fitz's Root Beer, follows a unique formula that calls for over 14 different botanicals including sassafras root, wild cherry bark, birch bark, star anise and vanilla bean. Thanks to its robust and complex flavors, Fitz's Root Beer has been recognized as one of the best root beers in the United States by Bon Appetit and Food & Wine magazines! 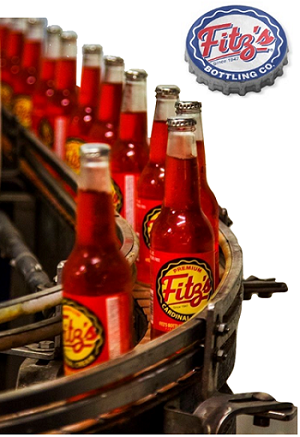 Fitz's American Grill and Bottling Works
Fitz's vintage soda bottling line consists of equipment that was typical of bottling plants operating in the United States during the 1940s and 1950s. After searching the country for authentic vintage equipment, they found their bottling line sitting in a barn in Shawano, Wisconsin. Each piece of equipment was painstakingly taken apart and rebuilt prior to being placed in in St. Louis, MO in 1993.

All of Fitz's hand-batched sodas are made on premises according to original recipes using only traditional, high quality ingredients including all natural pure cane sugar. Fitz's Bottling Works never use high fructose corn sweeteners in any of their sodas.