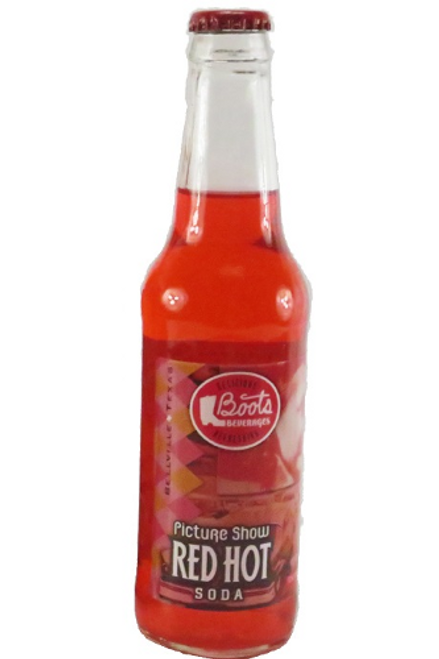 Boots Beverages Picture Show Red Hot Soda is a flavor that was popular during the 1940’s and 1950’s when this brand originated. Tastes just like a candy Red Hot, but a liquid version. You know it is unique once the cinnamon aroma hits your nose. 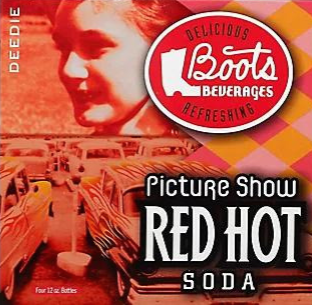 Deedie was the official emergency office worker (as in IRS visits). She was flattered when she was told this flavor suited her to a T. Try it for inspiration! And never underestimate the value of flattery.

About Boots Beverages
The Bryan, Texas-based company was started by Boots Kristen. Boots Beverages originally began as Kristen Distributing, and has been around since 1930, offering deliciously sweet beverages for three generations. In fact, you’ll find a different Kristen relative on the label for each flavor of Boots soda with a brief description highlighting a family memory.