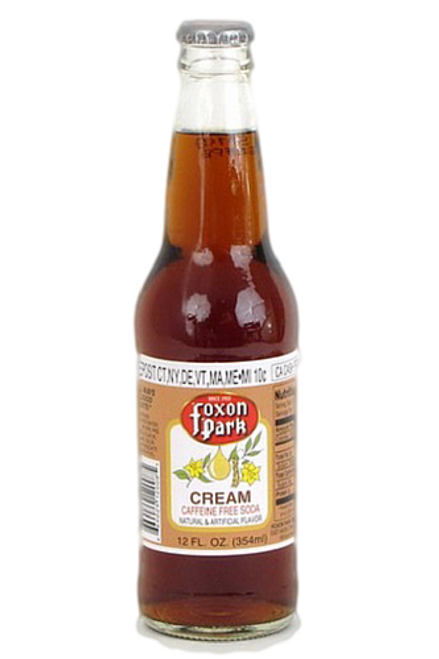 Foxon Park Cream Soda is a traditional cream soda from a line of sodas that date back to 1922. The delicious creamy taste of Foxon Cream Soda will bring you back to the soda fountain of yesterday. There is nothing better on a hot summer day than a Foxon Cream Soda!