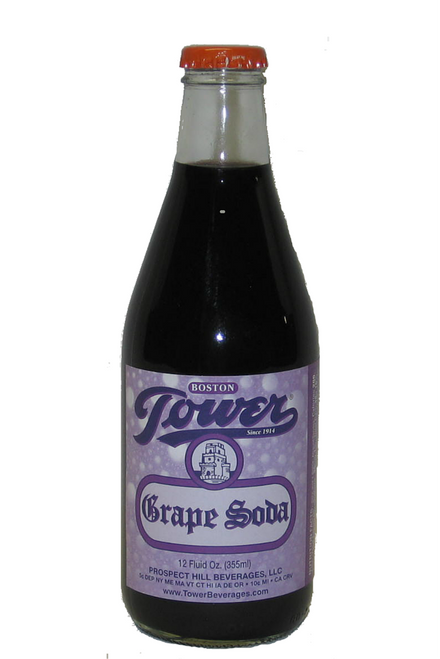 Tower Root Beer has been quenching New England’s Thirst since 1914. And now Prospect Hill Beverages is bringing that old-fashioned soda craftsmanship to its Tower Grape Soda.

Gone for 30 years, the family of Domenick Cusolito, has resurrected the old family recipe of this Boston Root Beer. Prospect Hill Beverages, LLC has brought back Tower Root Beer to the New England area using the original family recipe bottled and distributed by Prospect Hill Bottling and Soda Water Company. Tower Root Beer was first established in Somerville, MA in 1914 by Domenick Cusolito who immigrated to the United States from Salina, Italy and settled in the Boston area. After World War II, his sons, Jack, Richard and Paul, assumed the responsibility for the management and operation of the family business. Now, Mr. Cusolito's grandson Larry and grand daughters Carolyn and Judy head up a third-generation of the family that has reintroduced the Tower Root Beer brand in the New England region and re-established the Cusolito family tradition in the soft drink market.