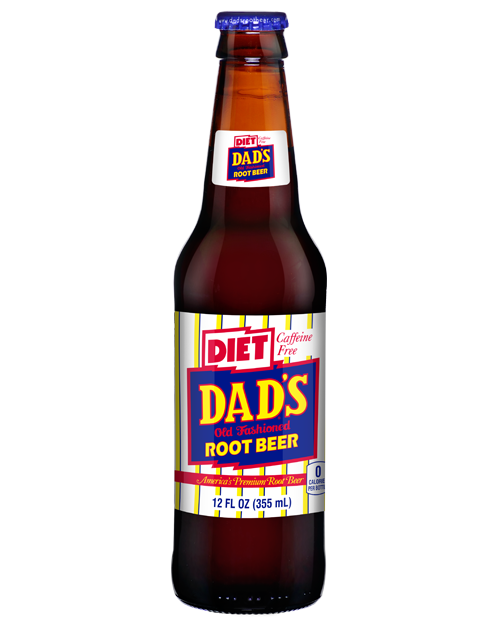 About Dad's
Dad's Root Beer was developed in the 1930s by partners Barney Berns and Ely Klapman, in the basement of Mr. Klapman's Chicago-area home. It was named Dad's in honor of Ely Klapman's father, and other fathers, who commonly made root beer at home for their families during that era. The Dad's brand was immediately famous throughout the midwest area and by the late 1940s, was one of the most-consumed brands of Root Beer throughout the United States. Dad's Old Fashioned Root Beer is one of America's Premium Root Beers with a loyal following. Dad's Root Beer remains the flagship product of The Dad's Root Beer Company of Jasper, Indiana, but Dad's has introduced new flavors over the past 100 years.