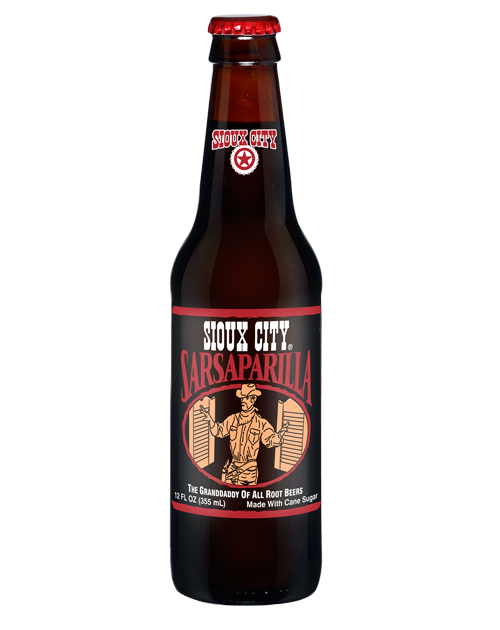 This "wild west" favorite is a rare classic in the states, and you can find it right here from Sioux City! Labeled abroad as the "Classic American Root Beer". Sioux City Sarsaparilla Soda is made from only the best ingredients and will provide you with a smooth and refreshing beverage you can enjoy any time! Serve ice cold in a glass, or in Sioux City's classic western embossed bottles!

In the film The Big Lebowski the character of the Stranger asks a bartender "D'ya have a good sarsaparilla?" to which the bartender replies "Sioux City Sarsaparilla?" The Stranger then says "Yeah, that's a good one".

Sioux City Sodas
Sioux City embossed bottles were developed in 1987 and were one of the first western-themed soft drink brands in the country. This premium line of drinks boasts the leading sarsaparilla drink and other unique flavors that capture the flavor of the Old West using brightly colored ACL graphics and in either amber or flint glass. When you're ready to belly up to the bar, reach for a thirst-quenching Sioux City.