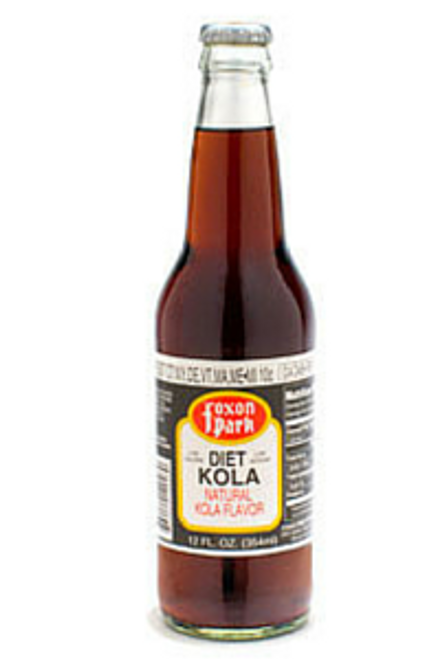 Made with all natural ingredients, Foxon Park Diet Kola will challenge any of the big guys. Stomach feeling uneasy? Have a glass of Foxon Park Kola! This 0 carb treat is sweetened with NutraSweet, so go ahead and indulge!